Cryptotechnologies, which far from all residents of the capital managed to master, are being actively implemented in the Russian outback. It turns out that here they not only know what bitcoin is, but also create their own cryptocurrencies and even conduct ICO! How a simple farm became a headliner in technological progress and why the first agricultural crypt was born - read in this article.

The public learned about the colony in 2017 and it was a very popular topic for discussion. The public was amazed by the fact that a simple farmer from the remote area not only knows what a crypt is, but also quite a friend of the blockbuster. In fact, the story began long before, when the future farmer and crypto-enthusiast Mikhail Shlyapnikov left the capital and moved to the bosom of nature - the tiny village of Kolionovo in the Moscow region attracted an elderly person for a reason. After a long struggle with oncology, Mikhail thought to find his last resting place here and could not even imagine that he would create crypto-currencies or print his own money.

When he was engaged in agriculture, Shlyapnikov did not notice how the disease receded, because a serious task arose before the active farmer-it was necessary to raise the forgotten by all village the size of 20 yards. In the process, Shlyapnikov comes up with the idea of ​​creating internal money - colibes - intended for settlements between the villagers and the financial stability of the economy in times of crisis. The idea came to life: soon in the village began to "walk" their own printed banknotes, which could be exchanged for natural products or received as payment for labor. 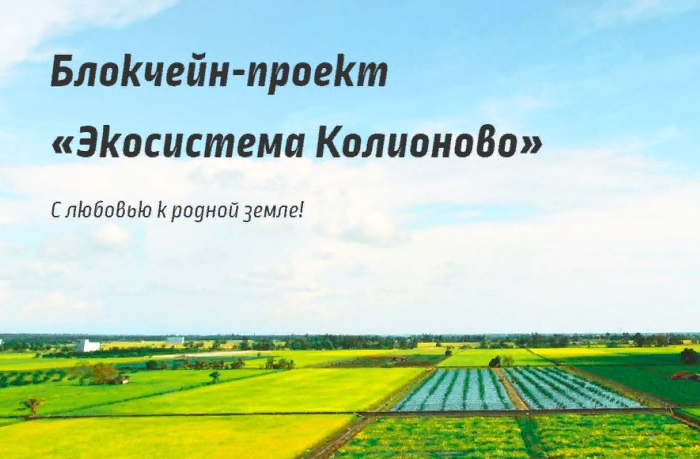 Court and prohibition of money surrogate

Raise the economy of the village, coli helped, but in passing attracted the attention of law enforcement. Against Shlyapnikov, the case was opened and proceedings began. The creator of the coli, this situation seemed ridiculous, and indeed the accusation sounded comical - allegedly, the farm economy poses a threat to the economy of the state.

Shlyapnikov compared his money to metro tickets and did not at all agree with the claims of the prosecutor's office. In fact, the colions were a semblance of an IOU of an individual for the provision of services or goods, but according to the law they turned out to be nothing more than a monetary surrogate, which means they were subject to a ban. The colonies were withdrawn from the farmer, but Mikhail Shlyapnikov's desire to change the village for the better did not disappear.

Experiment with the block and successful ICO

For several years, Shlyapnikov hatched a plan and offered an alternative not only to the inhabitants of his village, but also to investors. He got acquainted with the technology of lock-ups, learned that anyone can create their own crypto currency and no government bodies will stick the stick in the wheel to such a payment facility because of the lack of regulation in the still emerging cryptoeconomics. 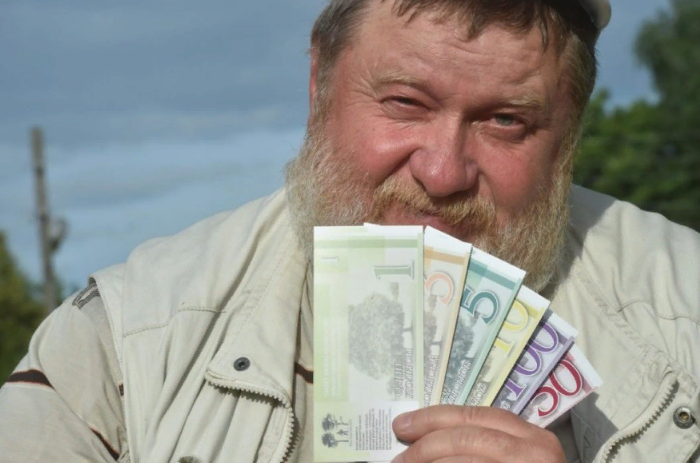 Shlyapnikov's ICO was launched under the name "Kolionovo Ecosystem", and the goal was serious - testing the local economy based on crowdfunding through the placement of its tokens. The non-standard nature of the project caused a general outcry, which benefited the fundraising - during the sale of tokens, more than 500 were raised$, that for a project from a remote village just an excellent result. And you can not argue with Shlyapnikov: his project really managed to drop the digital economy to the ground in the most direct sense of these words.

Crypto currency Colon and its prospects

The project, entitled "Ecosystem Kolonovo", took as its basis the WAVES platform, which was ICO and the release of tokens was carried out, the storage of coins was also entrusted to the wallet of the platform. Everyone could take part in the token, and he could invest only crypt - with the project the project did not work in principle.

Those who wanted to purchase farmer tokens were really many, because unlike numerous ICO-pacifiers, Ecolis Kolionovo offered real reinforcement of their coins with agricultural products. In total, 1 million KLN was produced, of which most were sold at a price of 1$. Shlyapnikov promised his investors the future growth of the token, based on the increase in the volume of goods produced, the same was facilitated by a limited number of coins - there was no additional issue or mining in the system. 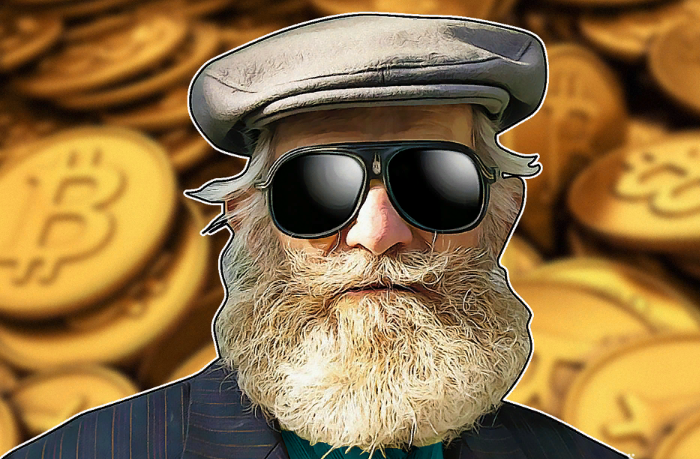 Shlyapnikov was not only a successful farmer and a crypto-enthusiast, during the ICO he showed and good abilities in marketing. According to the idea of ​​the project organizer, the holders of the tokens will become participants in the loyalty program, which, depending on the amount of coins in the possession, will provide a discount on the production of the farm from 2% to 10%.

How much does Colyon cost?

After kraudfandinga completion and the coin exit at the exchange, active growth of the value of tokens began. Literally immediately the price of KLN doubled, and in January 2018 year the course and altogether crossed the mark in 9$ for a coin. Then, like the whole market, coli collapsed and today the price fluctuates just below the dollar. We need to give credit to the crypto currency, because it gave a good opportunity to its investors to earn, and when it lost in price, it did not decrease much less than the price at which KLN was initially sold.

Currently, trading KLN tokens is carried out only on one of the crypto-exchange exchanges called Tidex. Here, the farm's crypto currency can be exchanged for bitcoins or WAVES, but so far the trade is not very lively - apparently all the coin holders keep their money in purses in order to receive discounts on goods in the Ecosystem of Kolionovo. 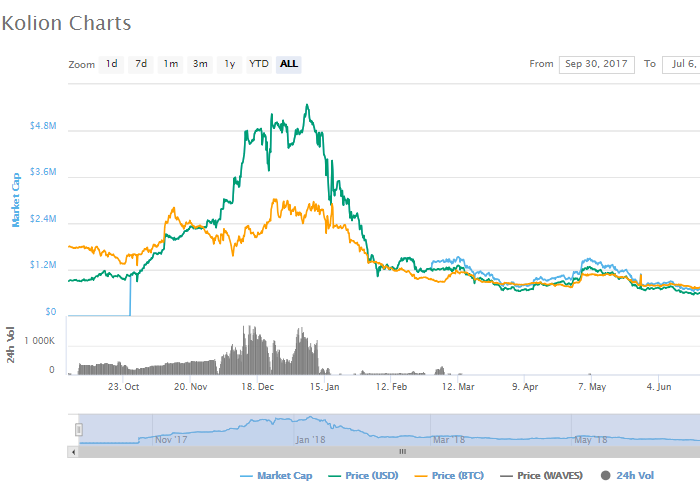 What will happen to Kolionovo and its crypto currency in the future - time will tell. According to Mikhail Shlyapnikov himself, he does not set global goals, and is not going to conquer Russia or the whole world, since for him his main farming and the welfare of the inhabitants of the village of Kolonovo. But even if the development and distribution of crypto currency will not be received in the future, it has already left its mark in history, as the first Russian project conducted in the real economy sector. And Shlyapnikov managed not only to attract investments bypassing banks and state institutions, but also to obtain the desired own currency, which for the residents of Kolonovo became the basis of economic relations.

Is it worth it for domestic business to introduce crypto technologies?

On its example, a farm from the village of Kolonovo near Moscow showed that the blockage can be used for great benefit in immediate life, and not only in theory. Inhabitants of the deaf village managed not only to assess all the advantages of these advanced technologies and get to their heart, but also independently succeeded in implementing a successful project that, in its capitalization, reached 5,5$ million. Perhaps, this is one of the few examples where crowdfunding through the ICO is conducted properly, without pursuing the idea of ​​personal enrichment of the developer.

It seems that cryptographic projects with regional branding have recently become more popular and popular, their launching is occurring all over the world. But, unfortunately, Colyon refers to a few projects that are expected to succeed - much more often, the creators are injecting the block into their business, paying homage to the fashion, clearly not understanding why they need it. 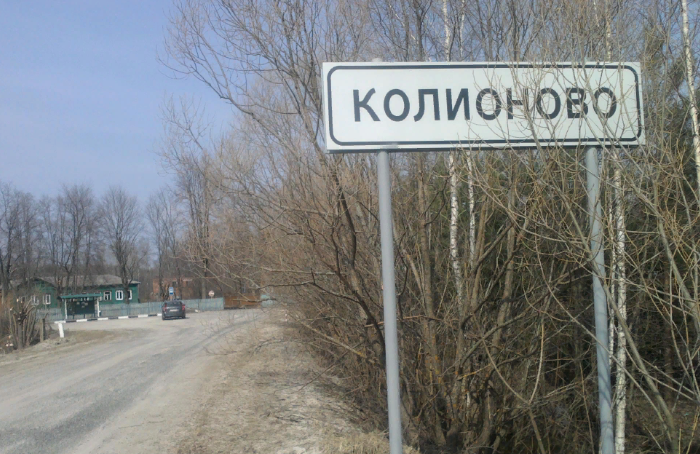 But even in the case of Colio, the outcome of the story can be less rosy. It should be understood that crypto-currencies, which are backed by real goods or services and are the basis of the local economy, should not be traded on the exchange. Otherwise, it is very easy for such an economy to collapse because of any speculative fraud.

Unequivocally, business representatives must adopt new technologies and keep pace with the times, but this should not be a blind follow-up to trends and a thoughtless pursuit of newfangled trends on which one can hook a HYIP. Today we can conclude that the blockade and crypto technologies have not yet matured to the applied level in the public consciousness and they have only to prove their practical value.