Home > cryptocurrency > Lightning Network - a technology that will change bitcoin

Lightning Network - a technology that will change bitcoin

If you watch out for kryptons, you probably heard about a solution like the Lightning Network. Many have high hopes for him and expect as a miracle that bitcoin will save and make a real breakthrough in the entire crypto industry. Should we expect the technology to solve all the problems or is it another attempt to modernize bitcoin, which will not come true?

And again about the problems in the Bitcoin network ...

Any user who has ever sent bitcoins knows that this is a long and expensive pleasure. Especially if you want to send a small amount, the commission can be almost half the face value of the transaction, and the waiting time can drag on for several days. Making such ungrateful operations, willy-nilly you think about the fact that bitcoin is very far away from the means of payment and while seriously losing the fiat.

The problem really exists and only the lazy did not talk about it. Unfortunately, not everything turned out as smoothly as planned Satoshi Nakamoto, and if before the transactions, which were very few, were confirmed almost at the speed of light, today, when the network users are more and more, this speed can only be seen by the main crypto currency. Now the blocks are overflowed with transactions, the miners are lazy and hungry for big commissions, well, as a result, users who pay well decay, and at the same time, are forced to languish in anticipation.

Various decisions are made regularly and hard-hearted, which supposedly should solve all the problems and concerns of Bitcoin. Only in practice, these very solutions have so far helped. 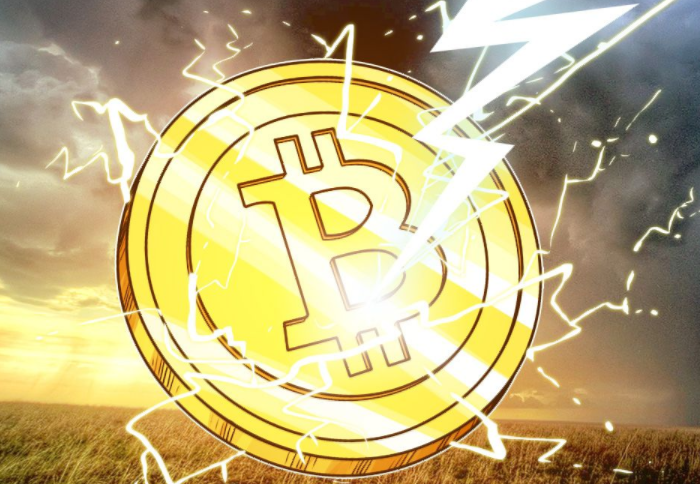 What is the Lightning Network?

More than a year ago, developers started talking about a new solution for the Bitcoin network called the Lightning Network. The technology aroused considerable interest, because unlike the previous ones, it seemed incredibly simple and at the same time revolutionary in nature. If all sevity and the increase in blocks caused controversy in the community, then the attitude to the new idea was more friendly - a simple idea was developed into a solution applicable not only to bitcoin, but also to other cryptocurrencies.

Initiators Lightning Network offered to unload Blockwithout writing all transactions into it. For example, if two users make frequent transfers with each other, then why not create a payment channel between them, which will become a kind of extension to the blockchain? If such payment channels are combined with each other, then you can get a whole network in which fast and practically free operations will be performed.

The essence of technology

Lightning Network offers users not quite the traditional approach to conducting operations on the network Bitcoin. It is based on the idea that for operations it's not necessary to constantly register them in the locker: if the user sends bitcoins to another user and the user sends it back to him, then it is logical that there is no need to download the block, and it is more reasonable to write down only the final result. 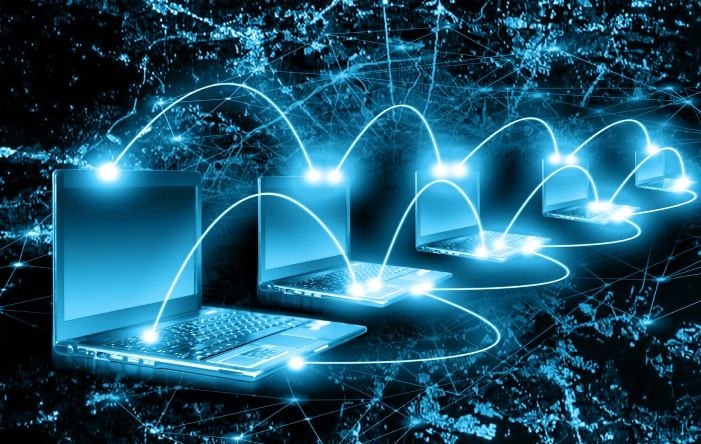 The technology works according to the following algorithm:

From this algorithm it follows that if users sent cues to each other without Lightning Network, they would create additional load on the block, pay large commissions and wait for the miners to include their operation in the block. With the existence of payment channels, all this will not happen - users can exchange as many coins as they want, and this can be microtransactions, while operations will be instantaneous, and commissions are almost imperceptible. At the same time, transactions made through payment channels will be as secure as transactions in the blockroom, so users, without sacrificing reliability and security, receive a lot of advantages.

When is the launch of the Lightning Network?

Currently, the Lightning Network is developing at full speed and if several months ago it was possible to dream of implementing this solution, today there are more than 1000 active nodes on the network. If we take into account that in January of this year they were slightly more than 30, then we can safely say that the technology has started full-scale development. 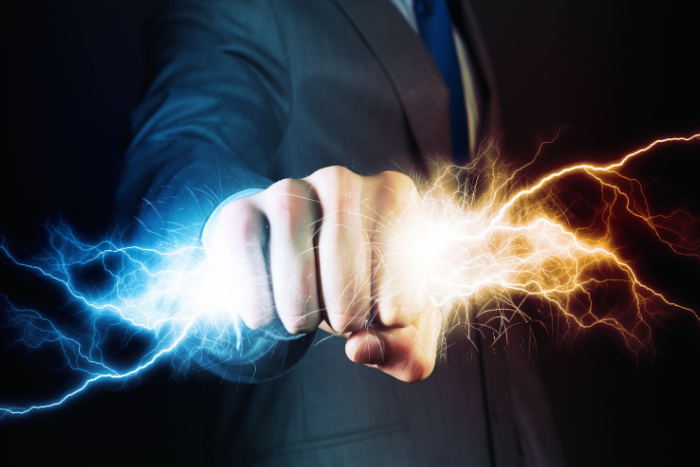 Today, not only users can exchange coins through special payment channels, there was even a first physical transaction in the Lightning Network. The average user managed to purchase a router from TorGuard through such a payment channel, while the funds were sent instantly and completely without commission. We can safely say that the future has already come.

What will the introduction of technology lead to?

Lightning Network opens a great future ahead of crypto-currencies. In particular, with the global introduction of technology, bitcoin will finally be able to realize itself as a means of payment, because now users will be able to make fast, safe and practically free operations. The blockade of the main crypto currency will no longer suffer from scalability problems, since it can create as many superstructures in the form of payment channels on it and this network will not impede the work of the cue ball in any way.

At the same time, it is extremely difficult to track (or, perhaps, impossible) what transactions took place within the payment channel, if there were several, for the reason that only the total is recorded in the block. Therefore, we can safely say that bitcoin will now be able to offer real, not imaginary, anonymity. 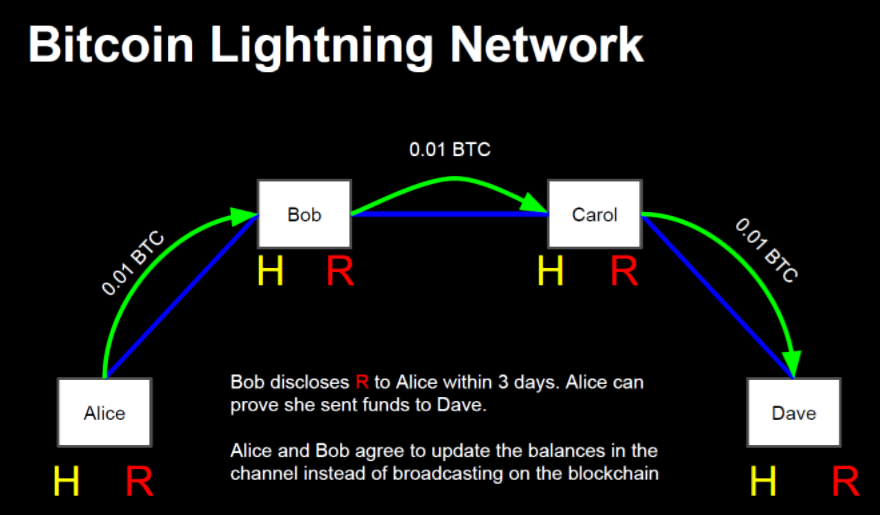 In addition to all the various benefits that the Lightning Network can bring to bitcoin, this technology has found a different application. For several years there have been active conversations and even actions aimed at making possible atomic transactions. Due to the existence of such operations, users no longer need exchangers, exchanges and other intermediaries that will convert one crypto currency into another. Atomic swaps through which these operations will be carried out will make it possible to simply send funds from one detachment to another - real miracles, but in this direction there are already serious achievements.

The implementation of atomic transactions was accompanied by the emergence of a large number of problems that prevented this event. And now, when the Lightning Network technology has appeared and is being implemented, atomic transactions are becoming a reality, because through payment channels they will be carried out easier and much faster. And this is not empty talk, transactions between blockchains are already in progress - several cryptocurrencies have tried similar transactions among themselves and they were successful. 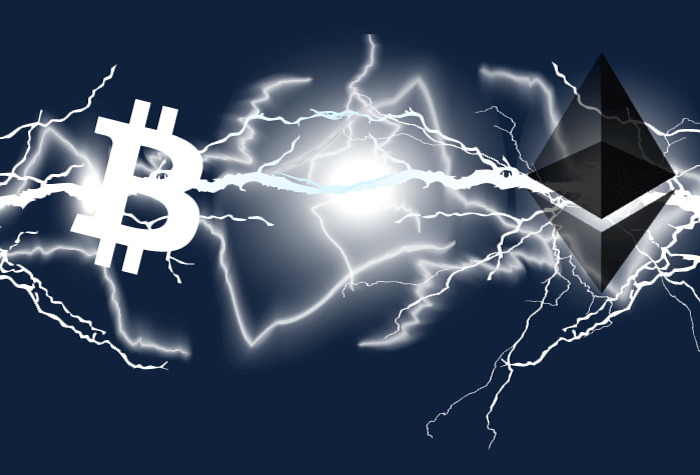 That is why to the introduction of technology Lightning Network, designed to save bitcoin, such close attention in the crypto community. According to experts, from the introduction of non-business operations it is necessary to expect a real breakthrough, because the technology will not only allow bitcoin to show itself on the new side, but also significantly revive the entire crypto-currency industry. Skeptics also argue that bitcoin really technology will bring positive changes, but for altcoyins it can become disastrous. In their opinion, if the main crypto currency will be able to lose its shortcomings and it will become an ideal means of payment, then the interest of users to the violas may simply come to naught, because previously the key reason for attention to other crypto-currencies was the search for a more suitable means for operations.

Whether this will actually happen and what will change the Lightning Network for bitcoin and other crypto currencies will become known in the near future.

1 review to "Lightning Network - the technology that will change Bitcoin"